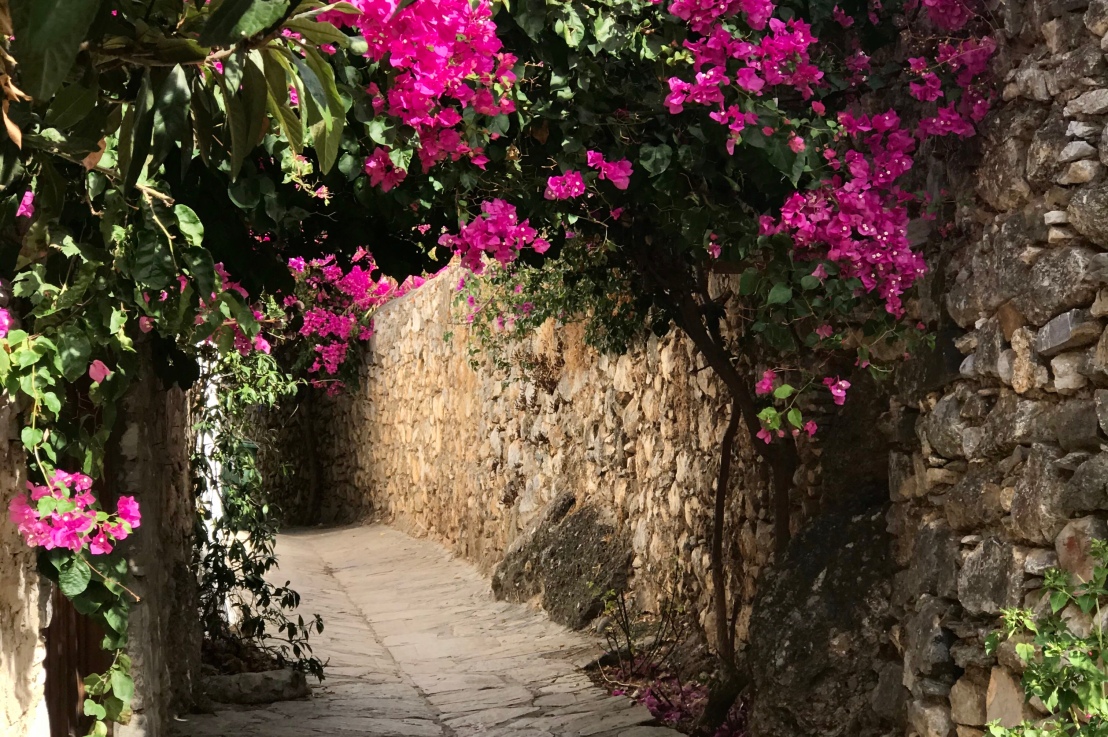 Our Airbnb host graciously arranged a rental car for us when I inquired about how to go about getting one.

The reason why we needed a rental car for the day was because we wanted to explore Knidos and Old Town Datça. Knidos is 24 miles west of Datça (the most westerly point on the Datça peninsula), and is the site of Greek ruins Temple of Apollo and Temple of Aphrodite dating back to 360 BC. The site was abandoned during Byzantine times in 8th century AD.

On our way back, we decided to check out Ovabükü beach since it was mentioned in the Fodor’s guidebook. It was a chance for Joe to cool off.

As for me, it was an opportunity to realize how I’ve been taking the beaches in California for granted. There is no sand on the beaches here. The upsides to pebbled beaches are that it’s easier to walk on, and easier to wipe it off your feet.

After a brief stop at the beach, we headed to the charming Old Town Datça or Eski Datça, originally inhabited by the Greek.

Eski Datça is a cute, pedestrian-only little town where you can peruse arts and crafts, and try their goat milk ice cream.

After yesterday’s pricey dinner, we opted for some affordable home cooking