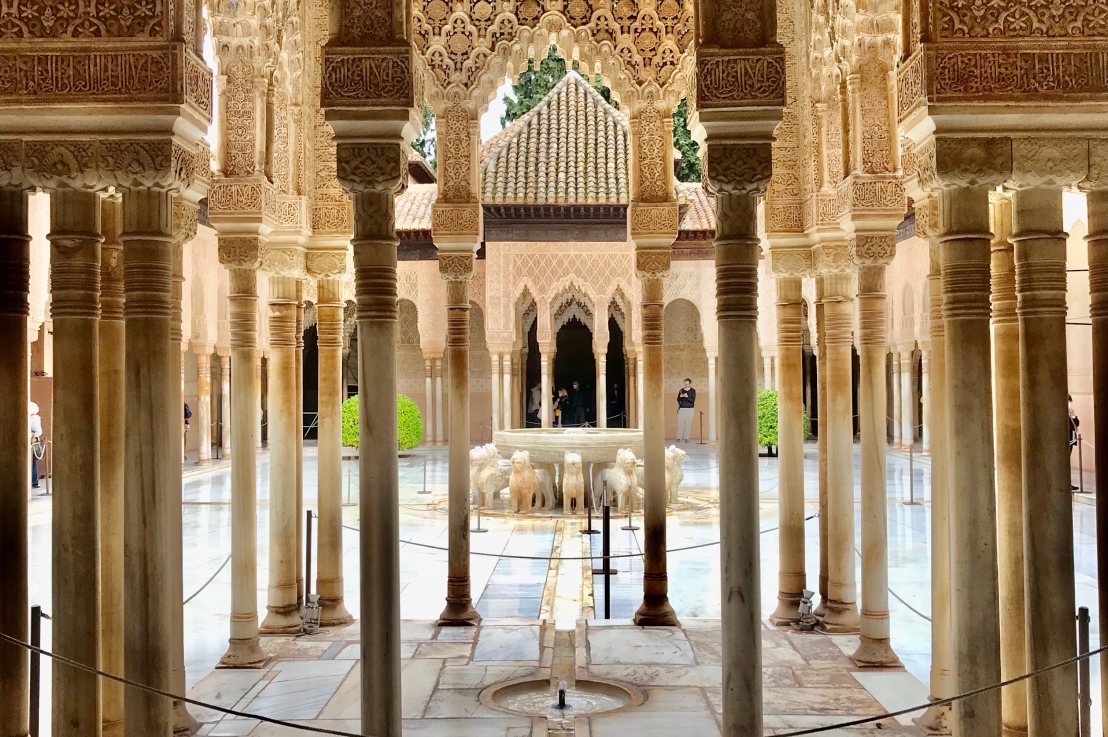 The crown jewel of Granada. So popular that by the time we got there with our advance purchased tickets at 8:15am, all tickets for the day were already sold out. The general ticket gets you into the Nasrid palace (star of the show), Alcazaba fort, Charles V palace, and the Generalife summer home.

This royal palace of the Nasrid princes was originally a fortress, and was rebuilt and completed in the 15th century. The Nasrid dynasty was of Azd origin (from the Saudi Arabian peninsula), and ruled Granada for 250 years before surrendering to Isabella and Ferdinand in 1492.

The Mexuar is for administrative purposes, and functions as an audience hall to receive dignitaries.

Past the Court of the Myrtles, is the private Royal family quarters.

Across the way is the Hall of the Kings, which served as a banquet hall.

When the Christians took over, Charles V decided that the palace was not grand enough, so he built his own palace within Alhambra.

At this point, we had already been in Alhambra for over 4 hours. We still had one more stop. The Generalife, which is the Sultans’ summer palace located within walking distance from the main palace complex.

Five hours later, we were back in town searching for food. The palace was impressive and beautiful, but having seen similar architecture in Morocco made me wish I had visited Granada first. I had wanted to be “wowed”.