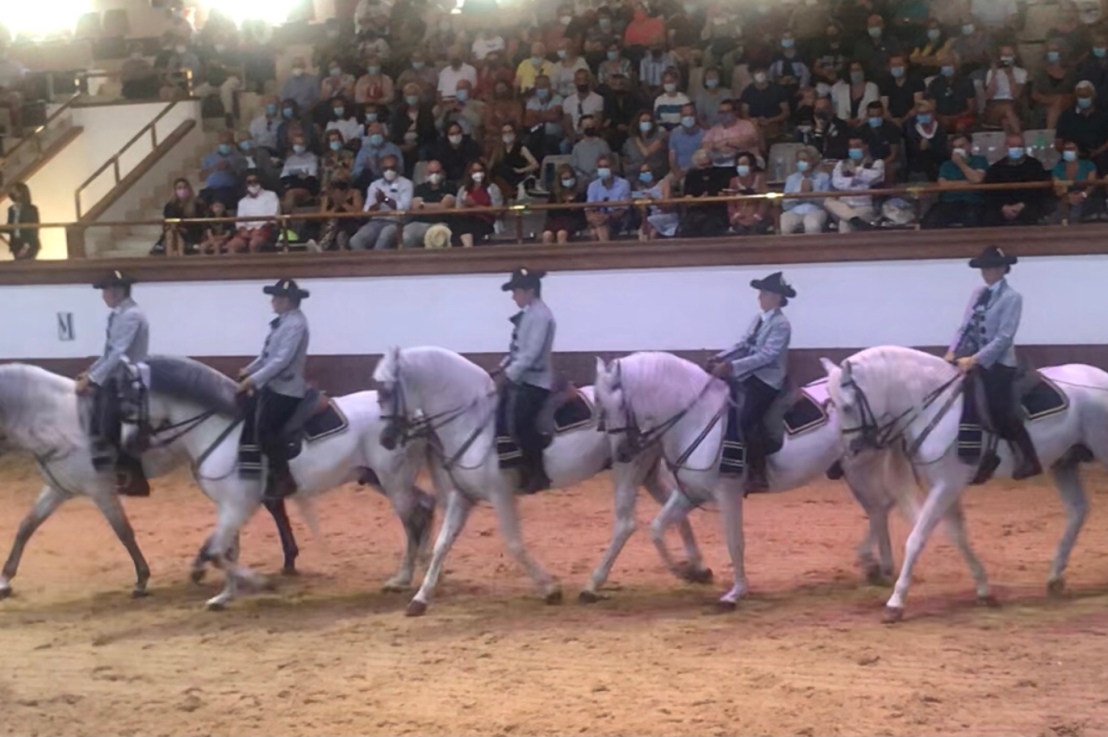 Some of us were recently introduced to the world of dressage during the Tokyo Olympics, where an American horse pranced and danced to the hip hop tunes we grew up with. Real Escuela Andaluza Del Arte Ecuestre in Jerez is one of the big four equestrian schools in Europe that teaches classical dressage. Since Jerez is only an hour train ride away, we decided to go check out a performance (only available on Tuesdays and Thursdays).

The hour and a half show (with a 10-minute intermission) went by quickly enough, and we still had time to swing by a winery for some sherry tasting before catching our 3pm train back to Sevilla.

The walk back to the train station was about 25 minutes, and it was a miracle we made it in time after four glasses of 17% alcohol on an empty stomach. An hour nap on the train was just what we needed. Back in Sevilla, we picked up some empanadas, and we’re ready to move on to the next leg of our trip – Córdoba.