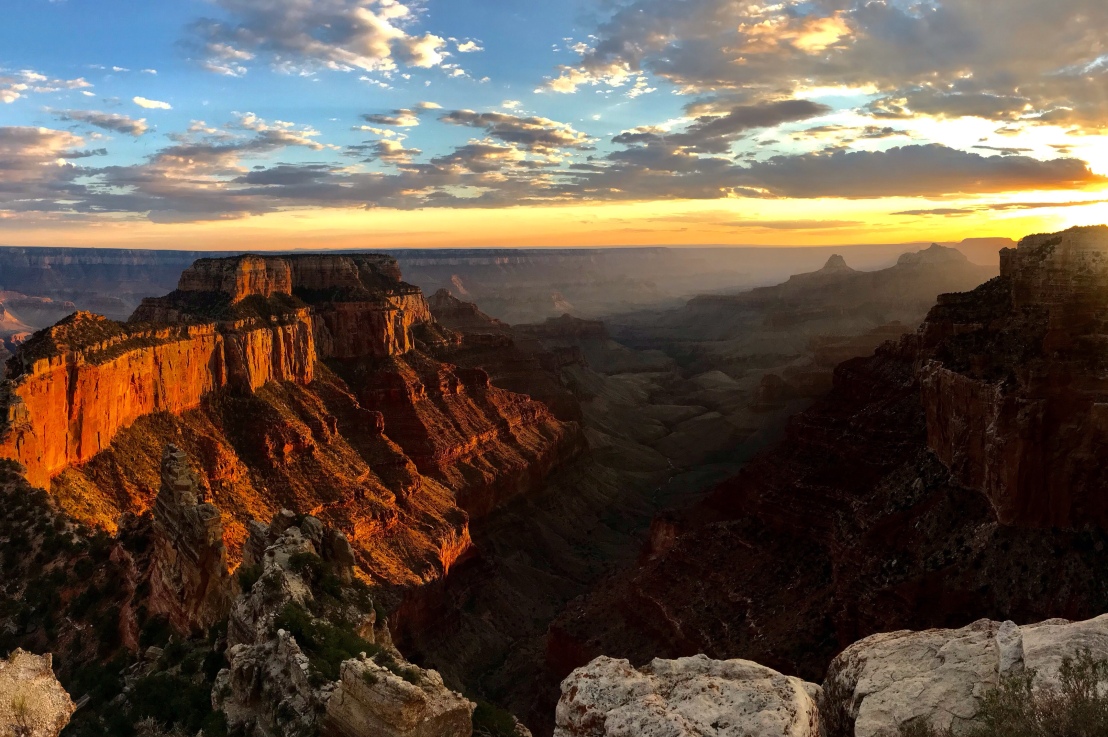 The Grand Canyon is one of my favorite National Parks, if not the favorite. In the 5 years we’d lived in Tucson, we’d been to Grand Canyon 3 times, including an overnight at the Bright Angel Campground at the bottom of the Canyon. However, all 3 trips were to the popular South Rim. After a 10-year hiatus, we finally decided to check out the less visited North Rim.

The North Rim is about 1000ft higher in elevation compared to the South Rim, which means it’s cooler during the summer months. There is one in-park lodge, the Grand Canyon Lodge, which generally opens for the season around mid-May. Rooms are quickly snatched up months in advance, but we were lucky to get one of the “leftover” cabins for June back in April.

The reason why few visit the North Rim is that it is much more inconvenient to access. The South Rim is a few hours away from major Arizona cities and towns like Phoenix, Sedona, and Flagstaff. Whereas, the North Rim is close to no major cities. The only way to get to it is to cut through tiny towns like Kanab and Hurricane in Southern Utah. However, it could be a great add on to Utah’s Mighty 5 National Parks (I.e., Zion, Bryce, Arches, Canyonlands, and Capitol Reef), which are all located in Southern Utah.

Once you’re in the park, you’ll get a different view of the canyon. Both Joe and I agree that the views on the North Rim are indeed better than those on the South Rim, likely because the rocky outcrops are closer in distance.

Unlike rains in other parts of the country, Arizona’s heavy downpour will appear out of the blue, and disappear just as quickly.

After checking in, we took a scenic drive in the park that brought us to various vista points.