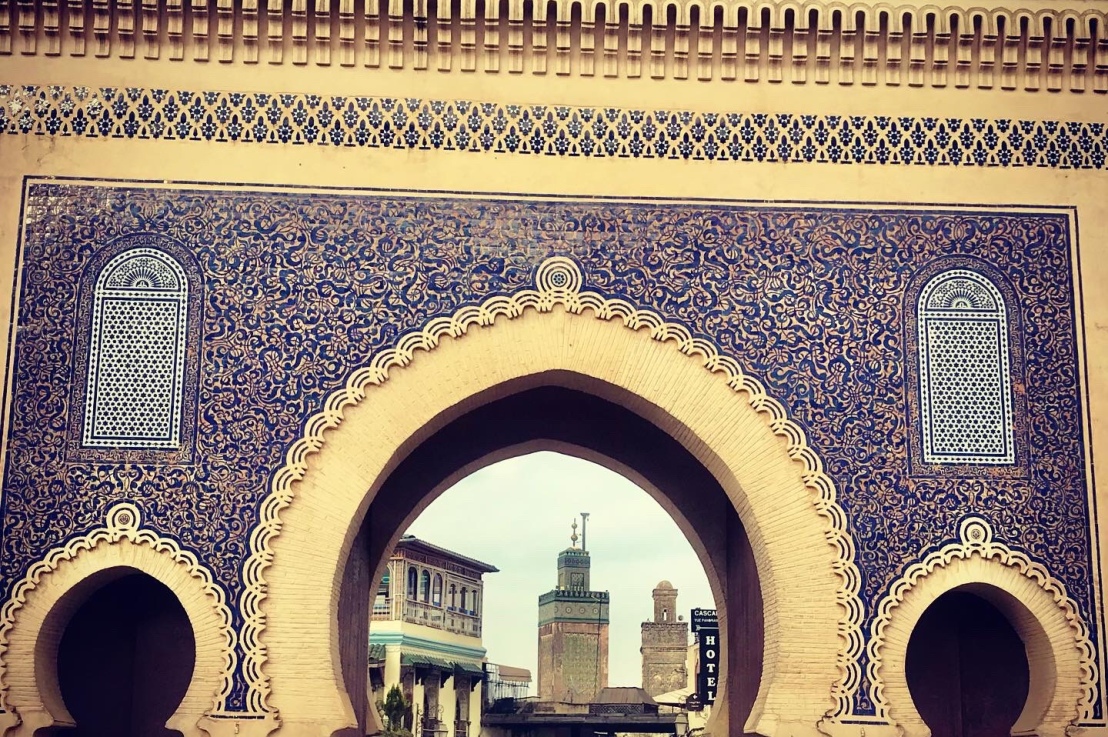 Yesterday was the 6-hour walking tour. Today is the 7-hour car trip from Marrakech to Fez. Before leaving Marrakech, we stopped by the Majorelle Garden, which was closed for the last 2 days. Normally a popular and crowded garden, we had the whole place to ourselves thanks to the fact that there are hardly any tourists in Morocco.

There is also a Berber museum on site, as well as the YSL museum next door. However, in order to visit all 3, we had to pay for a combo ticket for 220 dirham ($24) each. A bit steep, but it was worth it because even though the garden wasn’t terribly impressive, we enjoyed the Berber museum immensely. Unfortunately, no photos were allowed. However, with our luck the YSL museum had a temporary exhibit of all the Berber artifacts donated by a Danish Berber collector (by the name of Bert Flint) on display.

The permanent exhibit at the YSL museum included the best-known looks of the late fashion designer. A real treat for fashion lovers. Unfortunately, no photos were allowed.

The drive to Fez was long. Luckily, we weren’t doing the driving.

Again, we were the only guests in the riad, and disappointingly, a portion of the hotel is undergoing renovation (I have asked the tour operator not to book Vicky and Matt at this hotel for their summer trip).

Having had some experience with the scammers at the Marrakech Medina, we knew how to handle the ones in Fez. One guy tried to guide us onto a scenic route (insisting that it was a shortcut) to the Blue Gate when it was only a five-minute walk away. I showed him my Google map, and told him that we were going to take the shorter route. Despite that, we still felt uncomfortable spending too much time in the Medina alone. One bad thing about not having any other tourists around is that we have a giant target on our backs.

Since we have a 6-hour guided tour of Fez tomorrow, we decided not to venture further into the Medina as we didn’t want to deal with scammers after dark. There were plenty of vendors who were genuinely happy to see us, seeing that tourists are finally making their way back into the country. Personally, I think it’ll be another couple of months before they’ll really start seeing a good steady stream of visitors.