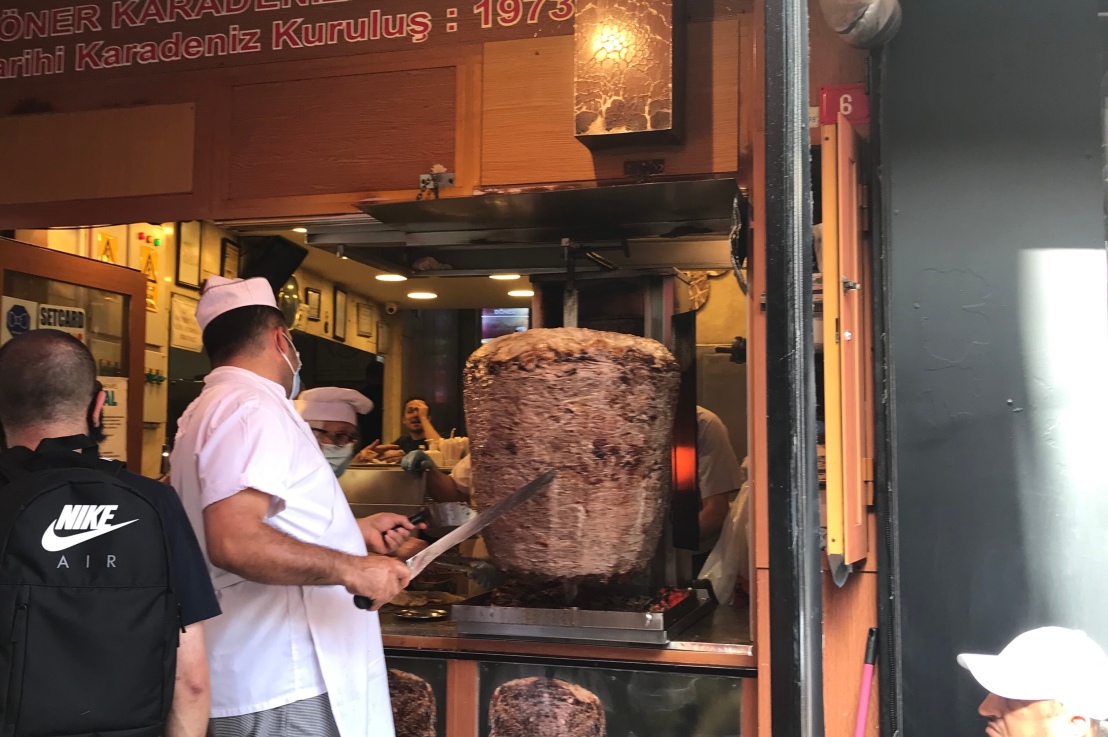 I’ll be the first to admit that I planned a few too many days in Istanbul. In hindsight, we could have left for Cappadocia today. For our extra days, we decided to fill it with what Istanbul is known for – the yummy food.

Mark Weins is a somewhat well known YouTube food vlogger whom Joe watches from time to time. He (Mark, not Joe) mostly vlogs about food in Southeast Asia, but has gradually ventured out to other continents. In his 2016 video, while in Istanbul, he featured a döner place in Beşiktaş called Tarihi Karadeniz Kuruluş.

Beşiktaş, about a 50-minute walk from us, is a pretty hip area with a lot of cafes and pubs. You won’t see older men sitting around smoking and drinking çay. It’s mostly the younger Turks embracing the western coffee culture.

Since Joe wanted to try it, we made the 50-minute trek in 80 degree weather for some döner.

Joe liked the food a lot, so the walk was worth it. However, he decided the walk back in the heat wasn’t, so we took the #28 bus back. I must say, with the help of Google Maps, public transit in Istanbul is very user friendly.

We had planned to go for some fine dining for dinner (the main objective isn’t so much for the food, but for the view of the Blue Mosque). Unfortunately, Joe had some issues with his trading systems that required troubleshooting, so we tabled the fine dining and just grabbed some tantuni and dessert and called it a night.